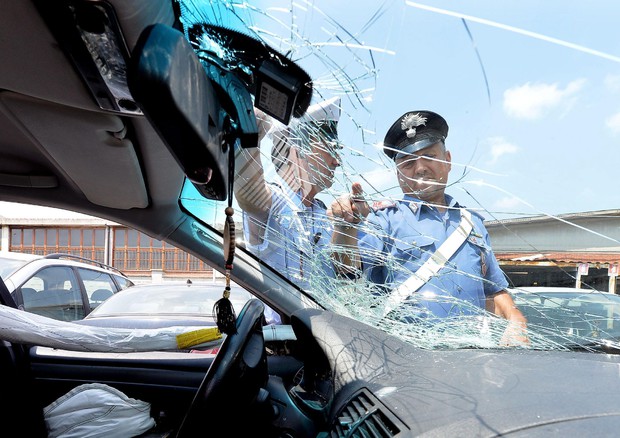 Almost 20,000 pedestrian collisions, 534 casualties (-12,7%)
In 2019, 19,817 pedestrians were hit by vehicles (54 per day), two every hour. This led to 534 casualties (336 men and 198 women): the trend is dropping by 12.7% compared to 2018. At that time, 612 pedestrians were killed, whilst in 2017, 600 deaths had been recorded. In 2002, that is, one year before the license points system was introduced in Italy, 1,226 people were killed. Those figures were released by the third Annual Accident Report, including data about pedestrians, submitted by Asaps, (“Associazione Sostenitori Amici Polizia Stradale”, “Friends of the Traffic Police Support Association”), based on the 2019 figures by Aci-Istat. Last year, as much as 316 casualties involved people aged 65 and over (more than 60% of the total figures); this trend shows that the elderly are the most vulnerable road users. The number of injuries, including people severely affected, were 21,430 (+600 compared to 2018). Between 2005 and 2019, the number of citizens who needed to attend hospitals remained steady (between 20,000 and about 22,000 people). Asaps also points out that “too many people were hit” on pedestrian crossings, a figure representing 7,747 people (among them, 143 fatalities and 7,604 injuries); 4,535 (124 fatalities and 4,411 injuries) refers instead to the number of accidents caused by dangerous or abnormal pedestrian behaviour. January was the peak month for pedestrian collisions leading to fatalities (67), whereas May was the month with the lowest number of pedestrian fatalities (25). Good news: the number of fatalities dropped considerably in larger cities, from 154 in 2018 to 114 in 2019; Lombardy reported the highest number of fatalities (96), followed by Lazio (63), Emilia-Romagna (57) and Campania (47).   According to Giordano Biserni, Chairman of Asaps: “It is a mixed trend. We noticed a drop in the number of fatalities, but not the same trend for injuries, including severe ones. We are also concerned about the growing number of road piracy cases. We need to invest more on illuminated road signs at pedestrian crossings, as well as on campaigns to increase awareness on the rules resulting in points reduction (8 points) if the driver doesn’t give way to pedestrians cross at crossings; we need a better road division and to amend the Traffic Code with new and more severe penalties”.  Asaps also underlines that “more and more vehicles have new warning systems indicating the presence of obstacles and pedestrians. As of 2022, the Aebs system, the automatic emergency braking system, will be mandatory for newly registered vehicles. The system will stop a vehicle abruptly in the event of danger, thus saving the life of hundreds of pedestrians by avoiding collisions, also when drivers get distracted by mobile phones and hit pedestrians. This is indeed a common scenario on our roads”.